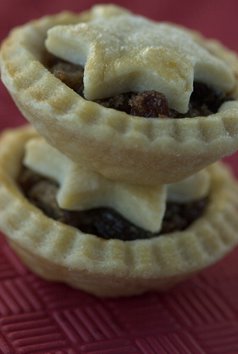 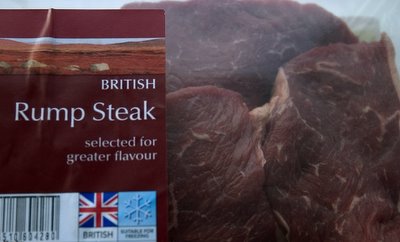 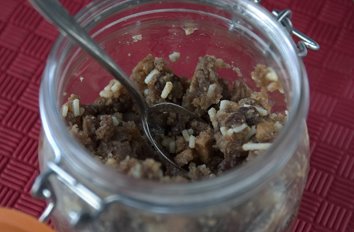 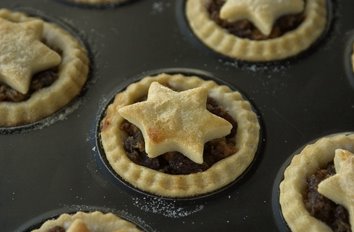 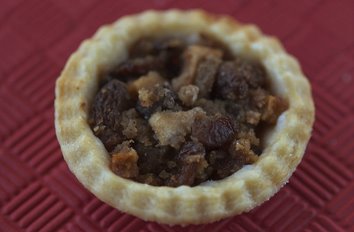 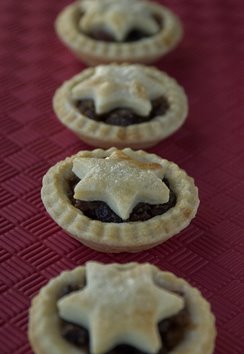 I know exactly what you mean, I've eaten a few but I'm steering clear until the last week before xmas. Having said that the girlfriend loves them so I'll probably give in before then.

Ah, I think I need to give this a try. I've contemplated making a more traditonal meaty mincemeat myself but always lacked the courage. Too late this year but maybe I could treat myself to a batch for January ...

Very interesting!
Every year I keep meaning to make my own mincemeat but never seem to get around to it. Good to see other people do. :-)

Do give the meaty mincemeat a go. It's good stuff!

Whether you make your own mincemeat/mince pies or not, why not try beating the World Record for mince pie eating (from the Guinness World Records website). It seems a rather underwhelming record (no offence to Mr. Davies), but surely it can't be that difficult to beat?

The record was set at a Santathon event in London, England, December 6th 2001. It was for the fastest time to eat three mince pies - 1 minute and 52.67 seconds. I assume that the mince pies were of a standard size.

I feel that this is definitely something I need to try at home. Looks like I'll be baking another batch of mince pies...

wow anna. I have actually learnt so much today by just reading your post. That is fascinating, truely. I don't like mince pies because of my aversion to raisins and currants and sultanas.
Maybe I could try a version without them. Hmm. Interesting. Real meat in the mincemeat.

Your little star-topped tarts inspired me to dig out the dusty jar of my Mom's mincemeat. (How dusty? Hmm. Well, she's been gone for 3 1/2 years and was sick for 1 1/2 before that. Pretty dusty.) And while I used a Pillsbury crust (rolled thinner with a bit of sugar) the tarts were a big family hit, stars and all. Many thanks for the inspiration ...

I think that your mincepies filled with your Mom's mincemeat couldn't fail to be special. Glad to be of inspiration!

Unfortunately Anna you weren't the only person to think of this and the mince pie record has been broken since then by none other than the world famous Barry Donovan!

It's something closer to 1 minute 20ish now I think, still underwhelming you might think, but I'm told the task is deceptively difficult.

but I had a big cup of coffee on my desk to wash them down with - does that count ??

Well done to you Julian!

Not sure about the coffee. If you took a swig post-scoffing then I think that's OK. Doesn't Father Christmas prefer sherry with his pies?; so maybe that is a more appropriate drink. However, taking a gulp of sherry would probably bring the pies back out into the world....

I think I need to give this a try. I've contemplated making a more traditonal meaty mincemeat myself but always lacked the courage. Too late this year but maybe I could treat myself to a batch for January ..