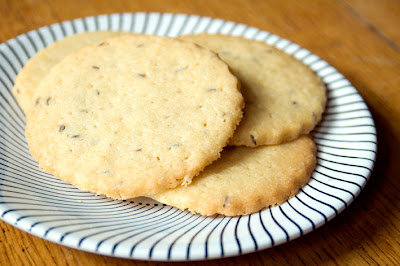 Much of my information about Shrewsbury cakes/biscuits has come from ‘The Taste of Britain’, by Laura Mason and Catherine Brown. For anyone with an interest in British foods and ingredients I recommend this book. The contents cover the produce of each region – vegetables, fruit, livestock and dairy products; and also documents traditional dishes, describing their ingredients (although no recipes are supplied), physical appearance (colour, size, weight) and their history. Brown and Mason originally drew together all of this information for an Europe-wide project that aimed to record traditional ingredients and dishes that are still grown, farmed or in production. It is therefore not an exhaustive list of traditional foods, but the book is incredibly impressive in both its breadth and its scholarship. It is also extremely readable and inspiring, making one want to go on a nationwide tasting spree.

According to Mason & Brown, Shrewsbury cakes (or biscuits) were first documented in the 1500s. The ingredients used at this time are unknown, but the cakes were renowned for their texture, being crisp and brittle. A couple of centuries later the Restoration playwright William Congreve used Shrewsbury cakes as a metaphor (“as short as a Shrewsbury cake”) within his play of 1700, ‘The Way of the World’. Another writer helped to popularise the cakes in the 19th century, . Richard Harris Barham writing as Thomas Ingoldsby penned a tale of ‘Bloudie Jacke of Shrewsberrie. The Shropshire Bluebeard - A Legend of the Proud Salopians’ (Salop is an abbreviation for the county of Shropshire). In this 1840 poem Shrewsbury cakes are attributed to Mr Pailin (“Oh, Pailin! Prince of cake-compounders! the mouth liquefies at thy very name”). If Mr. Pailin was a real person or not has not has as far I can tell been established, although a plaque on an old shop near to Shrewsbury Castle states that "This shop occupies the site of a building where Palin first made the unique Shrewsbury cakes to his original recipe in the year 1760” (alongside a quote from ‘Thomas Ingoldsby’ of 1840), and Mason and Brown write that a Miss Hill, daughter to a confectioner of the town, may have married a Mr. Palin(Pailin). Whether he was fact or fiction, Mr. Pailin's name was taken by a manufacturer, Thomas Plimmer & Sons in the town, who registered as a trademark the name ‘Pailin’s Original Shrewsbury Cakes’. Production up until the Second World War was by Phillip’s Stores Limited. Sadly, due to the rationing of key ingredients, in particular butter, the manufacture of the biscuits then finished. If anyone knows of a commercial manufacturer in the town today, please let me know.

According to ‘The Taste of Britain” the earliest written recipe for the cakes is in Eliza Smith’s ‘The Compleat Housewife’ in 1728. Ms. Smith’s recipe is for a sweet biscuit with nutmeg and cinnamon. However, my internet rummaging came up with an earlier recipe, and Florence White’s ‘Good Things in England’ (1932) has a recipe that may also predate Eliza Smith’s book. The recipe in ‘Good Things…’ come from a Colonel Plomer of Shrewsbury, and he supplied it from a family receipt (recipe) book kept from 1630 to 1750. The Plomer family recipe flavours the biscuits with caraway seeds, nutmeg, sack (or sherry) and rosewater.

The second, older, recipe I found is in Hannah Woolley’s ‘The Queen-like Closet or Rich Cabinet’, published in 1672. She flavoured her biscuits with cinnamon and rosewater only.

I am going to follow Colonel Plomer’s recipe, and not only because he has a fine name. I do like the flavour of both caraway seeds and rosewater, so I am happy to try them out in combination in one biscuit. The Colonel’s recipe works with one pound each of flour, butter and sugar. This must make up a rather large quantity of mixture, so I shall halve the recipe.

1. Preheat oven to 170C/325F/Gas 3. Prepare two large baking sheets.
2. Rub the butter into the flour.
3. Add the spices to the sugar and then tip the whole into the flour and butter mixture.
4. Add the beaten egg, and also the rosewater. I did this ahead of adding sherry, and found the mixture already to be too wet for rolling out successfully. I had to add more flour and omit the sherry altogether. I then chilled the mixture, covered, in the fridge. I left mine overnight, as I had to return to my little man, but 30 minutes would probably do it.
5. Roll out the mixture on a floured work surface. This still might take a bit of doing as the mixture is still a little sticky. Using circular fluted cutters to press out your biscuits and pop onto baking sheets.
6. Bake for approximately 20 minutes, but keep an eye on them. With all that butter and sugar disaster could quickly strike should one go off for a nice cup of tea.
7. Leave biscuits to cool for a few minutes before sliding them onto a wire cooling rack. 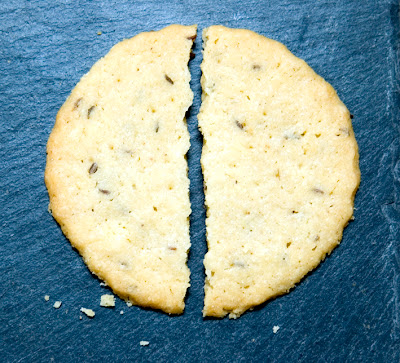 The biscuits were very sweet and buttery, as you might well expect considering the proportions of ingredients. The rosewater added to this sweetness, but for me the nutmeg was completely lost. Caraway seeds have a distinctive flavour and they did manage to stand up to the rest of the biscuit, and retain a voice of their own. The biscuits had a rather nice denseness and the promised brittleness manifested itself in a good clean ‘snap’. That all said, I would next time round look at reducing the amount of butter (made the mixture difficult to work) and the sugar (I like my own teeth), perhaps adapting a more standard shortbread recipe as these biscuits are a form of shortbread.

I’ve had a request for an up-to-date picture of Ellis. Just the one, but I only need to be asked once. Thank-you for indulging me my proud mumness! Here he is – 9 1/2 weeks young. 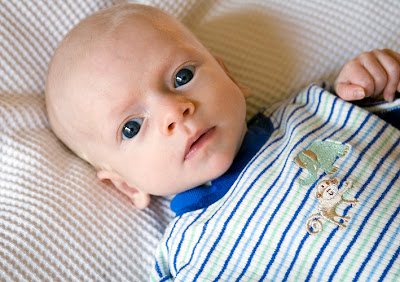