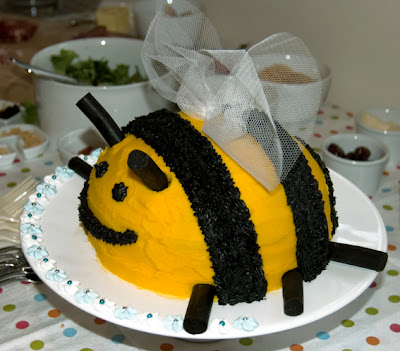 Our little boy turned one on Monday, and we held a family birthday tea the day before. Apart from the birthday boy himself, my attention over the previous week had been on 'the cake'. Having children is an excuse to bake fantastical celebration cakes and play with day-glo icing colours that normally would not grace the tea table. I choose to make Ellis a bumble bee cake as the buzzing noise made by the insect, as reproduced my his parents/Grandparents/our lovely next door neighbours, was one of the first sounds to really make him chuckle. This cake brought a smile to his face too. 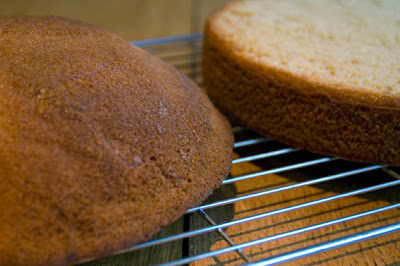 I made the cake in two halves, using a recipe from Nigella Lawson's 'Domestic Goddess' (this contains a whole chapter of suggestions for baking for/with children - no jokes, please). The domed top half of the cake was baked in a silver foil lined colander (yeah, don't try it without that proviso), and the lower half was baked in a conventional sandwich tin. The whole was covered in super eye-catching orange buttercream, and the black icing I purchased from the supermarket in ready to pipe tubes. The wings were circles of netting, gathered and threaded onto cocktail sticks. Legs and feelers were sticks of soft liquorice. 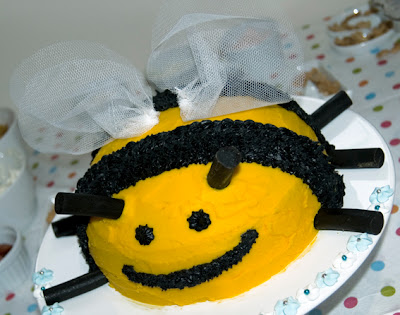 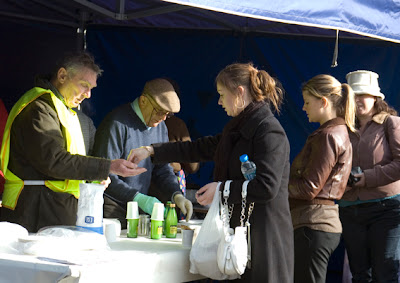 Shrove Tuesday, the day before Ash Wednesday, is the final day pre-Lent. It is the day for clearing your cupboards of eggs and butter (historically both forbidden, along with other foods such as meat, during Lent), and for shriving (confessing sins and asking forgiveness). Pancakes have for many centuries, and in many countries, been a popular way of achieving larder cleanliness on Shrove Tuesday. In centuries past, pancakes made for the wealthy may have contained spices, scented waters, sherry, sack or ale, and could be brought to the table with bowls of flavoured cream or sweet cooked fruits. Fruit fritters - fruit dipped in batter - particularly apple fritters, were also a popular food on this day, and the name fritter can also be applied to the pancake. In contrast to these indulgent pancakes of the past, most of us in Britain are accustomed to eating plain flour, egg and milk pancakes with a sprinkling of sugar and a squeeze of tart lemon juice, quite austere by old standards! A few miles north of Hitchin, the small town of Baldock had a different tradition for Shrove Tuesday. Here the day was known as Doughnut Day, and fried doughnuts were eaten in place of pancakes. Was there perhaps a link with the Dutch tradition of Faschtnachts?

On Shrove Tuesday morning the church bell would ring to call parishioners to church to be shriven. Post-Reformation the bell also signified the beginning of festivities, the last chance for a jolly and a feast before the dry days of Lent. Reputedly, the first pancake race was run in Olney, Buckinghamshire in 1455, albeit unintentionally. One housewife cooking her pre-Lent batch of pancakes, heard the church bell ringing for the Shriving service, and realising she was late for the service ran out of the house arriving in church with the frying pan still in her hand. Olney still stages a pancake race each year, open to women over the age of 18, and happy to dress in the stereotypical garb of the housewife.

The Pancake Festival in Hitchin, Hertfordshire, is in its 10th year, organised by the The Rotary Club, raising money for the The Garden House Hospice and other local charities. Three pancakes races are run: 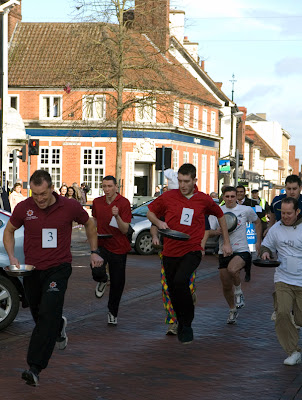 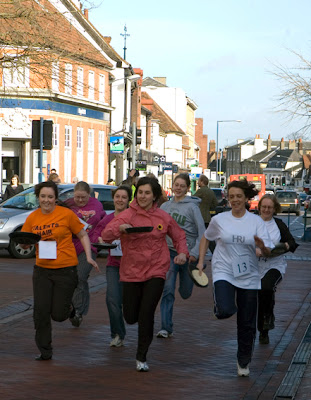 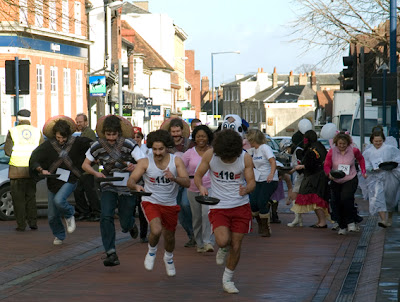 Fancy-dress, with the 118 guys - obligatory at all good charity sporting events.

In the town square I joined the queue for a pancake hot from the pan, serving to help me limber up for a pancake eating marathon later in the day. For pancake recipes both traditional and new, try this link. I can't record my own efforts, as I am afraid they were consumed all too quickly, only to say they were very good!
Posted by AnnaW at 1:30 pm 17 comments: 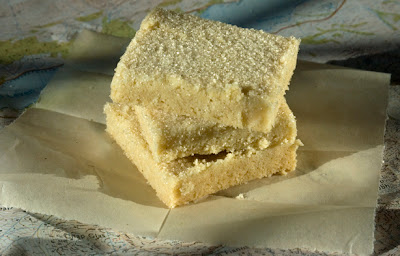 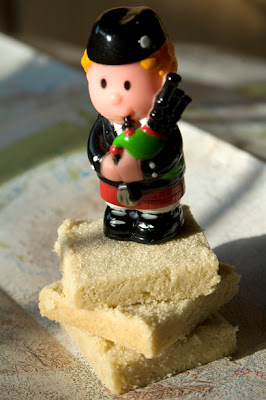